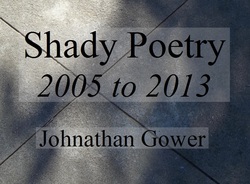 A collection of poems from approximately 2005 to 2013 is available for purchase as a Kindle book from Amazon.com.

At approximately 200 pages, there's sure to be a compelling line or three in the mix.  Try it!  And thanks in advance!

In the year of 2010, just prior to Thanksgiving, I was asked to create a story for my son's fourth grade class.
The story was told in an unfinished and severely lacking form.
Two years later, 2012, the story was completed and published on Amazon.com in Kindle format . . . for 99 cents.

Many themes permeate the story as it stands . . . some of the larger of which are bitterness, mercy, and the nature of the beast.

I like to believe that a good children's story is one which can speak to many age groups and on many different levels.
I hope Turkeybird is one such story.
I leave it to the reader to decide.