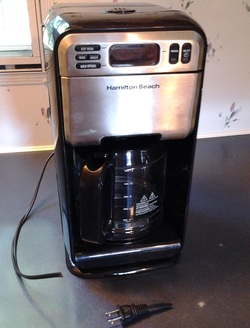 Johnathan Lee Gower was born on September 17, 1973 in Killeen, Texas, in the United States of America.  His father, William Lee Gower, was a career military man with the United States Army.  His mother suffered through raising four children and many, many, many moves across the States and Germany.

Johnathan was born elderly and is working on growing younger by the day.  At the biological age of nine, Johnathan was really twenty-one and thus experimented with whatever he could get his hands on.  By the age of fourteen, his wild years behind him, Johnathan decided that getting closer to God spiritually rather than physically--by way of some stupid death-defying means--was a good idea.  Johnathan put off any definite decision about this, however, until seventeen and many mistakes later.

Johnathan graduated High School from Fort Knox High in Fort Knox, Kentucky.  He then attended Elizabethtown Community College for a couple of years until working two jobs and drowning in debt combined with lackluster will-power, forced him out of school.  A degree of Arts in Communication, however, was had twenty years later from the University of Phoenix.

Somewhere amidst the schooling and the working was a marriage in 1995 and the birth of Johnathan’s first and only child; Rowen Phoenix Gower, in 2001.  Then there was a divorce, a remarriage and another divorce . . . all involving the same person.

At present, Johnathan is working to pay the bills to provide for Rowen and still yearning to do something worth remembering by those who will be left behind when he leaves this earth.  He is not so foolish to believe it will involve his writing . . . but he is foolish enough to pretend this might be so.

Anyone wishing to contact Johnathan, may attempt to do so with the form below . . . or he may be found on Facebook or in the white pages.